Gerson Dias, from Britagem Gaspar, evaluates the operation of his MARINI Latin America plants, especially about his latest investment, the MAGNUM 140 MAX model, which operates with special materials in the duplication of highways in the state of Santa Catarina, Brazil, delivering high standard quality and exceptional performance.

The asphalt plant acquired by Britagem Gaspar, one of the main infrastructure companies in Brazil, which has been operating for more than 25 years in the states of Santa Catarina and Rio Grande do Sul, in the southern region of the country, has been in operation for about 2 years, working on important projects.

In addition to MAGNUM 140 MAX, the company has three other MARINI Latin America asphalt plants and, according to the owner, Gerson Dias, the choice is the result of a solid relationship based on trust because “it guarantees us excellent technical assistance and excellent after-sales service” through a close and qualified local dealer, the company Luquips, also located in the state of Santa Catarina, which is part of the MARINI Latin America team and composes the wide network of dealers of the brand, for over 20 years, under the management of MARINI Latin America Sales Manager in the Region, Leonardo Vieira. 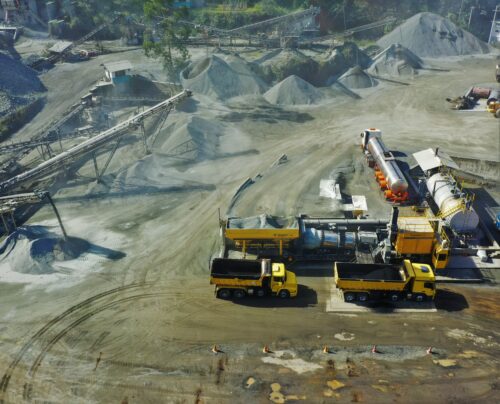 Britagem Gaspar chose the model with a production capacity of up to 140 ton/h to, precisely, expand its production capacity, working together with a MAGNUM 120 MAX to meet the demands of the construction work on the BR-470 highway, for the connection between Planalto and the West of Santa Catarina to the coast.

According to Dias, the MAGNUM 140 MAX has presented excellent results in mixture quality and homogeneity, through the mixing system and the external mixer with rotary chamber.

“It has met expectations well, producing an asphalt mix with good homogeneity and optimum quality”.

This is because the exclusive MARINI Latin America mixer is consolidated in the market, bringing a longer mixing time, which results in a high homogeneity, ensuring complete coverage of the aggregates by the binder.

The mixing process occurs in two stages: in the first, the binder and large aggregates are mixed, and in the second, the fine aggregates are injected. The result, proven by Gaspar Crushing, is a perfectly homogeneous mixture.

Besides this, the evaluation about the durability and wear of the mixer components also presented exceptional results, according to Gerson Dias “more than 200 tons were produced with low maintenance costs”, as well as his evaluation about the relationship of the mixer performance and its energy consumption bringing, once again, great results, due to the mixer’s design, which counts with screwed-on fins and bottom liners.

The manufacturing of these components, made of highly abrasion resistant steel, provides up to four times longer life than the traditional Pugmill mixer. 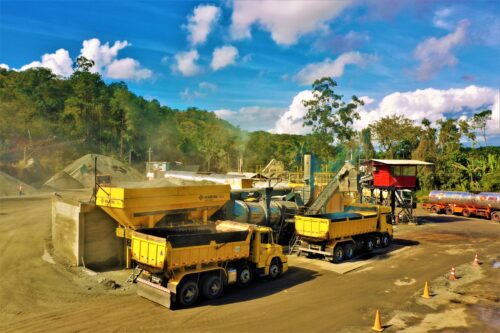 The fuel chosen for production was natural gas, according to Dias,

“has a lower operating cost and increases the durability of the bag filters, besides being a fuel source that generates less pollutants.”

This is a common decision in companies that seek to enhance productive profitability and generate less environmental impact. In this project, the asphalt plant is operating with some special materials, such as CAP(Petroleum Asphalt Cement), rubber, polymer, and conventional, according to Gerson Dias’ evaluation, showing high performance.

Just like the other asphalt plants in the MAGNUM MAX series, the MAGNUM 140 MAX model is recognized not only in Brazil, but in several countries around the world for its efficiency and quality.

In this project, the plants are part of the duplication project that includes more than 73.1 kilometers, divided into three lots, and has been showing fundamental participation through its efficient, high quality production, delivering an excellent cost-benefit ratio, approved and recommended by Britagem Gaspar, in the words of the owner, Gerson Dias, “we would buy another plant of the same model, because it has met all expectations”.