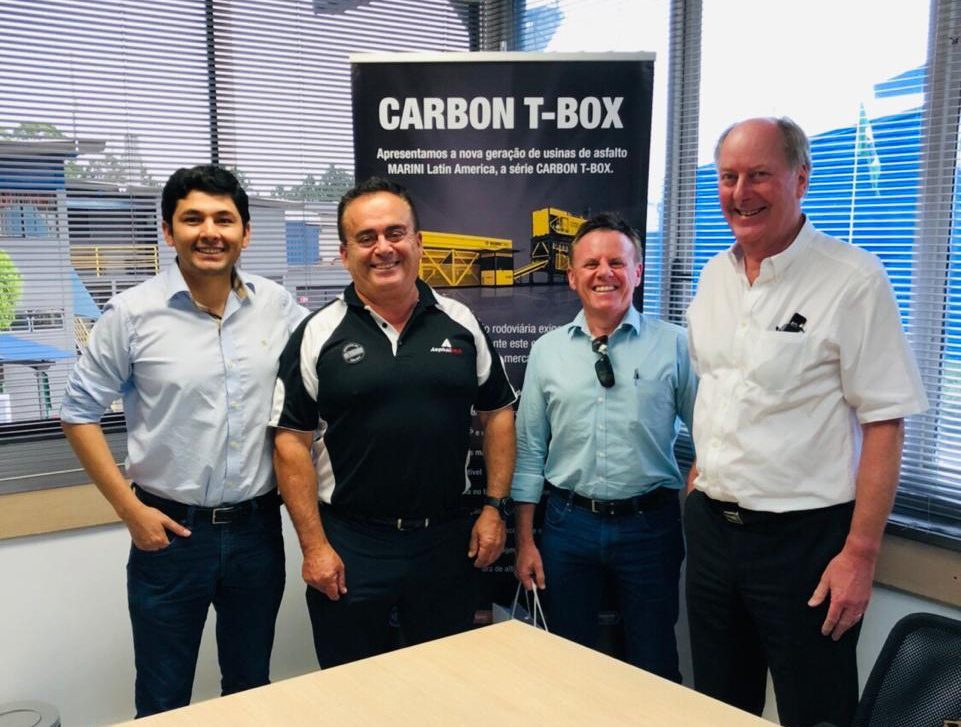 The new CARBON T-BOX asphalt plant series from MARINI Latin America is already a success around the world. The first CARBON T-BOX 160 sold out of Brazil belongs to the company Asphaltech, located in Australia. The clients Con Rimpas and Tony Tufilli, accompanied by BMLA representative in the region, Martin Kesselring, from Bliss & Reels company, were received in Brazil by BMLA sales manager, Norman Melgar. Developed and manufactured in Brazil by MARINI Latin America, the new CARBON T-BOX series offers several advantages and benefits that meet the most demanding needs, anywhere in the world. 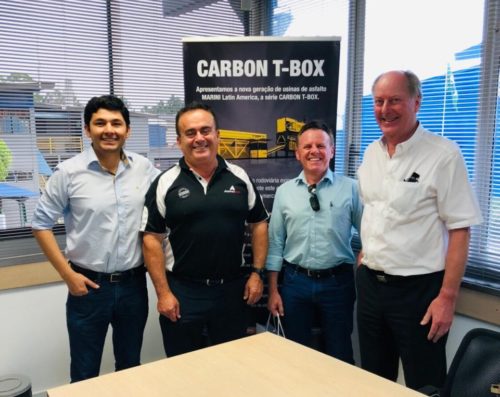 Among the highlights of the new generation of plants is the exclusive concept of EASY systems, which incorporates the most advanced technology for each stage of production, as the Plug & Play system, which offers several facilities with agility and simplicity in assembly and speed to start operations and, also, the EASY Flame system, providing greater efficiency in drying and heating the aggregates, through the renowned TITANIUM system, which offers the largest dry mixing zone in the market. Besides many other differentials, that make CARBON T-BOX the best option for the production of high-quality asphalt, with ease in the assembly and a totally exclusive and innovative operation system.